Writers and The Ouroboros 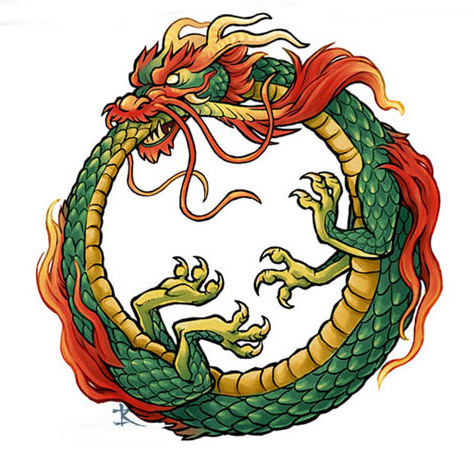 I just got back from spending a week in the city with my kids, playing both tourist and showing them the joys of Writopia Lab. From 1pm - 4pm we would be at the Writopia headquarters on West 81st street where I would be with high school seniors in a college essay workshop, and they would separate into different rooms with their own instructors.

I am passionate about writing not only as a craft, but as a tool for finding out what we think, believe and who we are. It's a way of finding our voice. Writopia helps me give back - it's like the Ouroboros - the snake eating its own tail - it's constantly recreating itself.

Rejection doesn't phase the ouroboros, and nor should it phase us writers. At least, not for the long haul.

The other day I got an email from my agent Edward with disappointing news about India Flips: he doesn't think that he can sell it.

But he believes in me as a writer; he believes in my career. Edward didn't just say: Sorry, them's the breaks, instead he invited me out for fancy shmancy dim sum at a restaurant called Zenga on 40th Street and 3rd Avenue. We talked for over two hours about what it means to live and breathe writing.

His smile is wry: "Your task is simple Léna. You just have to write a 'break-out' novel."

"I'm serious Léna. You can do this. You've proven yourself. You are a novelist."

India Flips however good it is, is not that "break-out" book. The standards for a second novel after publishing my first with FSG (and not becoming a best-seller) are unbelievably high. Nobody is going to publish a book with Reality TV/ cheerleaders as the backdrop. India Flips was a major overhaul, a rewrite of a previously rejected (by FSG) novel, In Your Face. So Edward had already counseled me not to rewrite because every publisher "has something like that" on their list. (Can you see me rolling my eyes?)

But I had to do it anyway. And I learned something from it. I had never written a novel in the first person, present tense. And it's a great story! But I am a writer and not a marketer so no, I am not going to self-publish.

Onto the next. Back to writing, ALWAYS back to writing. Creating, re-creating, inventing new narratives and new ways of looking at things.