The Cover Reveal for Becoming Madeleine 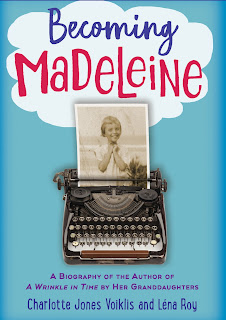 Yet here we are, ten years after her death on September 6th, announcing the cover reveal for our book, Becoming Madeleine. How did that happen?

Lena Roy is Regional Manager and instructor at Writopia Lab.